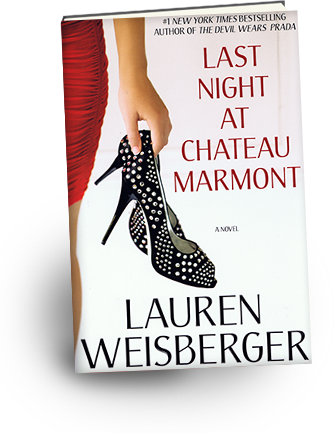 Brooke loved reading the dishy celebrity gossip rag Last Night. That is, until her marriage became a weekly headline.

Brooke was drawn to the soulful, enigmatic Julian Alter the very first time she heard him perform “Hallelujah” at a dark East Village dive bar.

Now five years married, Brooke balances two jobs—as a nutritionist at NYU Hospital and as a consultant to an Upper East Side girls’ school, where privilege gone wrong and disordered eating run rampant—in order to help support her husband’s dream of making it in the music world.

Things are looking up when after years of playing Manhattan clubs and toiling as an A&R intern, Julian finally gets signed by Sony. Although no one’s promising that the album will ever hit the airwaves, Julian is still dedicated to logging in long hours in the recording studio. All that changes after Julian is asked to perform on the Tonight show with Jay Leno—and is catapulted to stardom, literally overnight. Amazing opportunities begin popping up almost daily—a new designer wardrobe, a tour with Maroon Five, even a Grammy performance.

At first the newfound fame is fun—who wouldn’t want

to stay at the Chateau Marmont or visit the set of one of television’s hottest shows? Yet it seems that Brooke’s sweet husband—the man who can’t handle hot showers and wears socks to bed—is increasingly absent, even on those rare nights they’re home together. When rumors about Brooke and Julian swirl in the tabloid magazines, she begins to question the truth of her marriage and is forced to finally come to term with what she thinks she wants—and what she actually needs.