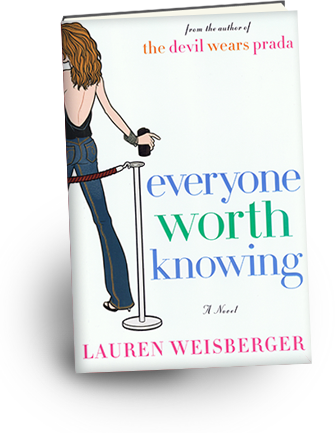 Though I’d caught only the briefest glimpse from the corner of my eye, I knew immediately that the brown creature darting across my warped hardwood floors was a water bug—the largest, meatiest insect I’d ever seen. The superbug had narrowly avoided skimming across my bare feet before it disappeared under the bookcase. Trembling, I forced myself to practice the chakra breathing I’d learned during an involuntary week at an ashram with my parents. My heart rate slowed slightly after a few concentrated breaths of re on the inhale and lax on the exhale, and within a few minutes I was functional enough to take some necessary precautions. First I rescued Millington (who was also cowering in terror) from her hiding place under the couch. Then, in quick succession, I zipped on a pair of knee-high leather boots to cover my exposed legs, opened the door to the hallway to encourage the bug’s departure, and began spraying the extra-strong black-market vermin poison on every available surface in my minuscule one-bedroom. I gripped the trigger as though it were an assault weapon and was still spraying when the phone rang nearly ten minutes later.

The caller ID flashed with Penelope’s number. I almost screened her before I realized that she was one of only two potential refuges. Should the water bug manage to live through the fumigation and cruise through my living room again, I’d need to crash with her or Uncle Will. Unsure where Will was tonight, I decided it’d be wise to keep the lines of communication intact. I answered. “Pen, I’m under attack by the largest roach in Manhattan. What do I do?” I asked the second I picked up the phone.

“Bette, I have NEWS!” she boomed back, clearly indifferent to my panic.

“News more important than my infestation?”

Goddammit. Those two simple words—we’re engaged—could make one person so happy and another so miserable. Autopilot quickly kicked in, reminding me that it would be inappropriate—to say the least—if I were to verbalize what I really thought. He’s a loser, P. He’s a spoiled, stoner little kid in the body of a big boy. He knows you’re out of his league and is putting a ring on your finger before you realize it as well. Worse, by marrying him you will be merely biding your time until he replaces you with a younger, hotter version of yourself ten years down the line, leaving you to pick up the pieces. Don’t do it! Don’t do it! Don’t do it!

“Ohmigod!” I shrieked right back. “Congratulations! I’m so happy for you!”

“Oh, Bette, I knew you would be. I can barely even speak, it’s just all happening so fast!”

So fast? He’s the only guy you’ve dated since you were nineteen. It’s not like this wasn’t expected—it’s been eight years. I just hope he doesn’t catch herpes at his bachelor party in Vegas.

“Tell me everything. When? How? Ring?” I rattled off questions, playing the best friend role fairly…